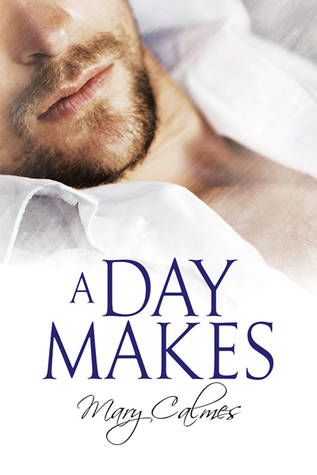 Mob enforcer Ceaton Mercer has killed a lot of people in a lot of different ways – he stashed the last two bodies in a toolshed belonging to a sweetheart marine researcher in an idyllic island community – but he’s really not such a bad guy. Over time he’s found a home of sorts, and he even learns he’s found a place in the hearts of the people he works with…at least enough so that they won’t put a bullet in his head because he’s outlived his usefulness to the boss.

But he never thought he’d find one day could change his life, and he’s about to discover how wrong he is.

Because in a single day, he meets the man who looks to be the one, the love of his life. It’s an improbable idea – a man who deals in death finding love – but it’s like it’s meant to be. That single day gets weirder and troubles pile up, forcing Ceaton to take a hard look at his dreary life and accept that one day can change everything, especially himself. His future might be brighter than he expects – if he can stay alive long enough to find out.

Holy Crack! This was amazing. This was so damn good. It was packed with adventure, intrigue, murdering mobsters, crazy and hilarious banter, surprises aplenty and the oh so swoony “MINE” style of romance that makes me giddy AF for a Mary Calmes story.

There isn’t much I can say about this book without giving it away so maybe I’ll just give a few highlights of sorts.

Oh the crack is strong in this one!  Mary brought her A game, she’s here to conquer and she ain’t taking no prisoners.  I loved this.  No, that’s not right.  I freaking adored this little story that popped up out of nowhere.  So much crack!  You’ve got your peacoats and your eyebrow waggles, your guns and violence, your over-the-top storyline and the longest flashback to ever flash, er… back.  Mary went Old School on us I’m thinking Mary had me in mind when she wrote this.  That could be a thing, right? 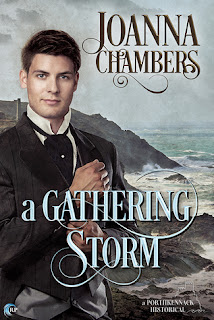 When grief-stricken scientist Sir Edward Fitzwilliam provokes public scorn by defending a sham spiritualist, he’s forced to retreat to Porthkennack to lick his wounds. Ward’s reputation is in tatters, but he’s determined to continue the work he began after the death of his beloved brother.

In Porthkennack, Ward meets Nicholas Hearn, land steward to the Roscarrock family. Ward becomes convinced that Nick, whose Romany mother was reportedly clairvoyant, is the perfect man to assist with his work. But Nick—who has reason to distrust the whims of wealthy men—is loath to agree. Until Fate steps in to lend a hand.

Despite Nick’s misgivings, he discovers that Ward is not the high-handed aristocrat he first thought. And when passion ignites between them, Nick learns there’s much more to love than the rushed, clandestine encounters he’s used to. Nevertheless, Nick’s sure that wealthy, educated Ward will never see him as an equal.

A storm is gathering, but with Nick’s self-doubts and Ward’s growing obsession, the fragile bond between the two men may not be strong enough to withstand it.

Joanna Chambers is back with another brilliant historical romance!

Sir Edward Fitzwillian, known as Ward to his family and friends, moves to Cornwall in order to pursue a scientific experiment – to harness the elements in order to get in touch with his dead brother’s spirit.

At first, Ward may seem like a bit of a kook. However, he’s neither crazy nor particularly spiritual. A past encounter with the supernatural convinced him that he could reach his brother somehow. I couldn’t help but feel for Ward from early on. His grief for his brother was palpable.

Ward requires a volunteer to aid him, which is how he meets Nick Hearn, the land steward and half-Gypsy bastard of the Rosecarrock family. After the death of his mother, Nick never truly belonged anywhere or to anyone. 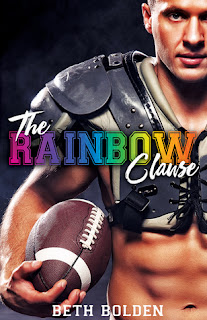 Heisman winner. Member of the National Championship team. NFL Rookie of the Year. Quarterback Colin O’Connor knows he’s become the ultimate romance novel cliché: all the success he’s ever dreamed of but nobody to share it with. Too bad it’s not as simple as asking out the next girl who intrigues him – because the next girl to intrigue him probably won’t be a girl at all.

Unexpectedly, the solution comes in one neat package: Nick Wheeler, lead journalist for a leading sports and pop culture blog. Hired by Colin’s team, Nick comes to Miami to shine a spotlight on the NFL’s most private quarterback.

The heat in Miami rises when Nick discovers that Colin is nothing like the hollow personality he pretends to be in interviews and he’s even hotter in person than on his Sports Illustrated cover. Nick knows this is the story of his career, and after spending his teenage years as a bullied, closeted teen, it hits very close to home. What he needs is to help Colin share his story while keeping their growing relationship from boiling over in the press, but what he wants is to tell the world.

Before I start, this was a hugely enjoyable book I would recommend with very few reservations. There was just a couple of annoying things, but this was an ARC, so I assume they’ll be fixed by publication? There were a couple of annoying typo niggles, and one huge one that set my teeth on edge. At one point, our lovely men were in Florida, sitting on the deck, watching the sun set over the Pacific. Yep, that’s right, the Pacific. I was screaming at the book at that point.

My pedantic nature aside, this was a great book with an excellent absorbing story, nicely written characters, I was engaged from start to finish, and its happy ending, is one I can only dream about for now in professional sports.

Nick is an out and proud journalist for a sports pop culture blog. He has a teeny-tiny obsession with a Heisman trophy winning quarterback whose Sports Illustrated cover had Nick drooling for months. 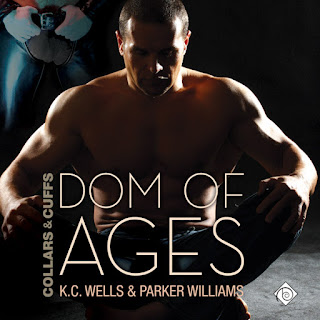 Jarod spent twenty-four years with his Master before Fate took him. Four years on, Jarod is still lost, so when a young Dom takes charge, Jarod rolls with it and finds himself serving again. But he keeps waiting for the other shoe to drop. Because there’s going to come a point when Eli realizes he’s a laughing stock in the club. Who would want to be seen with a fifty-year-old sub?

After several missteps, Eli realizes that in order to find happiness, they will need friends who will understand. At a friend’s insistence, he visits Collars & Cuffs, where they are met with open arms. As they settle in to their new life, Eli begins to see things differently and he dares to think he can have it all. Until a phone call threatens to take it all away….

Jarod feels old. Old and lonely. His Sir, Philip, died four years ago, and the twenty-four years they had together before Philip was taken have left Jarod rudderless. He wants a new dom, but what self respecting dom wants to be seen with a 50 year old sub?

Enter Eli. He might only be 30 years old, but he’s had enough of pretend subs. He wants a sub who lives the role. He wants a sub to care for him. One night at his local club he spies Jarod, kneeling quietly, and wants the man for himself.

Eli is a young dom who makes mistakes, but is man enough to own them, and make them right. His friends at the Collars and Cuffs club play their part in helping him become the man and dominant he wants to be.

Jarod needs the friends he makes at the club, they give him a new appreciation of himself and his contribution to others. Seeing Jarod develop a more robust sense of self and learning to value himself and his experiences is truly lovely.