Summary: Edward Grey is no stranger to the undead; since raising his cat as a zombie when he was a child, he and his mentor Mariel have explored and developed his power as a necromancer. Despite everything he's learned, as a necromancer and a medical student, he's never encountered a ghost. While Mariel is unreachable in Haiti on mysterious business, a ghost wakes Edward in the middle of the night, claiming to be his grandfather. When the ghost offers to teach him about this different form ofundeath, Edward has little choice but to trust the spirit. After receiving a phone call from a young girl claiming her father is possessed, Edward and his Undead Canadian fiancé, Kit, must travel to an acreage in Kingston…Ontario. The haunting proves far more complicated than Edward could ever have guessed, and he finds himself pitted against an ancient evil determined to engulf everyone on the farm. Edward's love and connection to Kit will be tested, and his necromancy stretched to his limits as he has to find—and destroy—a twisted spirit more powerful than anything he's ever encountered. 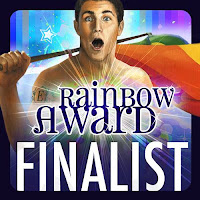